GOST on hygiene and environmental safety of passenger cars 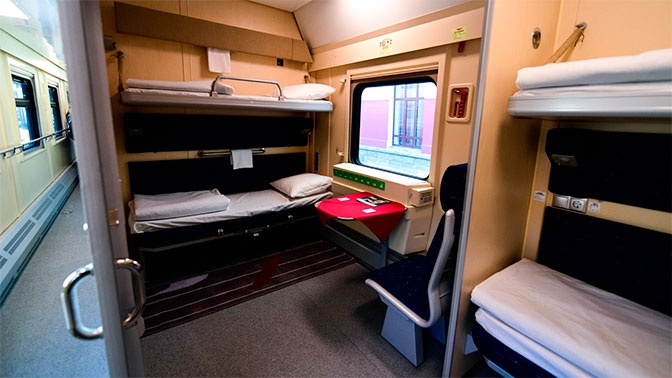 Standard has been implemented in the Russian Federation for the first time and it is distributed on the developed, manufactured, upgraded single deck and double deck passenger cars.

Design of the passenger car should provide for the presence of passenger rooms (salons, state-rooms, compartments), service state-room, state-room for the conductor, toilet rooms, corridors, vestibules according to current standard.

Passenger cars can be equipped with a shower, household compartment (for the purposes of placing a washing machine, ironing board) and a boiler room.

The standard recommends install the shower cabin with a surface disinfection system which should be switched on and work in the absence of passengers.

It is prescribed to separate sleeping places with a partition in the form of an individual curtain from the passage along the passenger car in the passenger compartment of a third-class sleeper.

It is recommended to provide for the containers for separate accumulation of consumer waste with appropriate labeling in the design of the passenger car.